I am not quite the airplane nut, but I do enjoy reading and watching stuff about awesome airplanes. Here are a couple of airplanes that are definitely worth checking out on Wikipedia and Youtube: 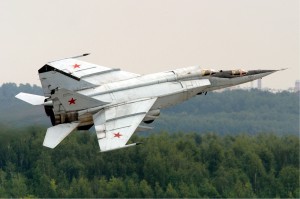 An old school Soviet interceptor and reconnaissance plane. It is ridiculously fast, even compared with contemporary airplanes, with a top speed of Mach 2.8. It is big and heavy, mostly made out of stainless steel. The original electronics were implemented with tubes instead of solid state parts due to high temperature requirements and EMP tolerance in case of nuclear war. It is still in military service in Russia and Syria, and if you have some money civilian rides can be arranged. 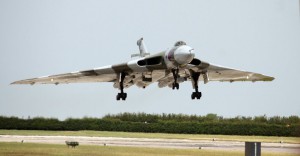 Part of Britain’s cold war “V” bomber force, this is an intimidating warbird. A fast subsonic bomber, it was specifically created for the purpose of nuclear deterrence, armed with nuke missiles that would be fired in response of a Soviet attack. Apart from it’s intimidating delta shape it is also very loud, and when throttling up the engines it will momentarily emit a frightening howl, which is very popular with fans of this aircraft.
The Avro Vulcan was fortunately never used for its intended purpose. However, near the end of its military service it was used in Operation Black Buck to bomb a landing strip on the Falkland islands.

One Vulcan is still being kept airworthy by the Vulcan to the Sky trust, the XH558: 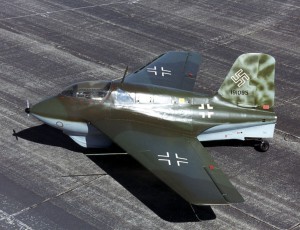 A World War II Luftwaffe rocket-propelled fighter. It was used in the last years of the war to attack Allied bombers. Its basic operation was to take off, attack bombers from below with its 30mm cannons while climbing, and attacking again when diving. In powered flight the Komet was significantly faster than other aircraft, making it hard to shoot down. When the fuel for the rocket engine ran out the pilot would glide back to base.

The Komet was a dangerous airplane for pilots. During the climb the pilot had to cope with thin air at high altitude as the plane was not pressurised. The rocket engine ran on poisonous, highly reactive fuels and was prone to leakage. Landings were done without a landing gear as the wheels were only used for take off and then jettisoned. 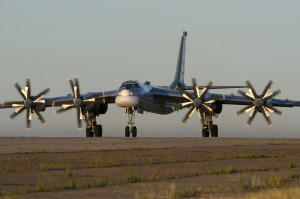 A classic Russian strategic bomber and missile platform. It is big with a wingspan of 50 meters. It has 4 turboprop engines driving contrarotating propellors which add to its typical appearance. It is likely one of the loudest airplanes in existance, because turboprops are damn noisy.

The Bear is still seen regularly patrolling the North Sea, usually intercepted by fighter jets of various northern European countries. It may be old but it still has a function, showing the world that Russia is still there. 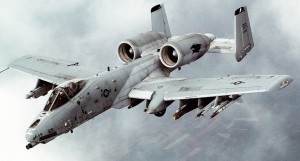 No list of awesome airplanes will do without the “Warthog”. This plane is neither fast nor pleasing to the eye. But what it lacks in aestethics it makes up with pure firepower. The A-10 literally is a plane designed around a cannon, the GAU-8 30mm rotating autocannon which can spit out up to 4200 rounds per minute. The A-10 can instantly reduce enemy tanks to scrap metal and wipe out most other resistance.

It is slow but agile, this enables the aircraft to loiter above battlegrounds. Its heavy armor and sturdy airframe make it highly resistant to anything from small arms fire to moderately powerful rocket hits.

The Warthog is to be replaced by the F-35 Lightning II. However, due to its notoriety and sympathy from military personnel this replacement is met with some scepticism.

The A-10 is not only an aircraft but a symbol, bringing hope to soldiers on the battlefield and fear to enemies of the US.

📂This entry was posted in Uncategorized